Home Marijuana News What Does the Word DUB Mean in the Marijuana Business?

What Does the Word DUB Mean in the Marijuana Business? 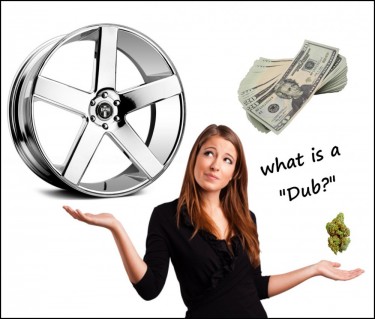 What Does “Dub” Mean in the Cannabis Business?

When it comes to the language used in different cannabis circles, it is very important for one to be well informed on the latest  trends.This is because it is possible for one to be in the midst of some cannabis enthusiasts and seem like a novice because you can’t relate with most of the slangs been spoken. This is why these type of articles are made available to ensure that we are all on the same page generally and avoid breakage in the communication line. In this article, we’ll be taking a closer look at the term ‘dub’. What do canna users mean when they say a dub? Read on to find out! We will also be looking into several instances when the word ‘dub’ has been used by popular personalities.

Cannabis has a wide range of nicknames and codenames that are peculiar to certain regions. The presence of such wide scope of names and language is partially due to the time of prohibition. Due to the clampdown on the natural product by the government, those involved in activities that had to do with cannabis mostly gave it new names to stay a bit under the radar. Examples of such names include broccoli, Mary Jane, herb, and so on. This special use of lingua also made 420 more appealing  to most cannabis users even though it would have started with just a small number of people.

The word dub is a special term that can be easily used when you walk up to the budtender in a cannabis dispensary. It could also be used while you are trying to communicate with other cannabis users. However, before we go fully into what it is and the various ways in which it can be used, let’s first delve into the origin of the word and how it was used initially.

The first set of things that come to mind when one hears the word dub are the common colloquial use of the word. when a person is to be commissioned as a knight, it is said that such a person is dubbed as a knight. However, this is not the origin of the word that we hope to zone in on.The word dub originated during the process of transaction of weed between cannabis buyers and sellers. It generally refers to $ 20 worth of weed. It is a common trend to hand over a $ 20 bill or two $ 10 bills and expect its equivalence in terms of size of the weed. The equivalence of a dub back then is 1 to 1.5 grams of cannabis which tends to be enough for a decent hit. It is important to note that the price of dub can be seen to come as low as $ 15 among some cannabis sellers. However, it is pertinent the size doesn’t fall way below the acceptable 1 grams level. Anything less than 1 gram is no longer a dub and the advisable thing is to hold on tight to your money and seek out a better seller.

Generally, the term dub falls back to the Andrew Jackson bill while some have also tied the term to be borrowed from 20-inch tire rim also known as double dimes. It then became well solidified in pop culture after former NBA player and rapper Master P came out with a track “I Need Dubs” in 2005.this made the word more circulated across different spheres in the cannabis industry as more people conveniently used the word while conversing about cannabis. The use of the word has only gotten stronger from the time Master P released his track in 2005.

Common use of the word “dub” in pop culture

It should come as no surprise that the world dub has been used continuously in different ways and across different forms in pop culture. It is well used among persons on the streets but it has also gotten to mainstream media through movies and music. One example of popular use of the word that can strike a chord is the tune “Marijuana” by Golden Globe Award-winning actress and rapper Awkafina. Many will remember this popular line in the track where she used the word dub – “Midi-mapping hat, yo, trynna get cake Waitin’ on a dub ’cause the weed man’s late.”

A long list of singers and rappers with a strong presence of trending pop cultures in their style of music have used the word in popular songs over the years. Starting with Beanie Sigel who is a popular Philadelphia-based actor and rapper, in his tack “Mom Praying” a special line with the word tends to catch the eye.  “Make a visit, stop by the weed spot grab a dub I now grams gon’ have me a grub.”

Lil B, the popular rapper, activist, and motivational speaker popularly known as TheBasedGod in  “I’m Just Livin” made particular reference to the word and the recreational cannabis smoking lifestyle.

“I stay getting green or the cheese, I’m with it.

In the backstreet with the B’s that lit it.

Dub sacks in the stash, plus the weed is hittin’”

“Afroman is Coming to Town” by popular rapper and songwriter Afroman is another song where the word dub was used to a large extent. The lyrics pretty much simplifies the word and takes it beyond meaning a $ 20 worth of weed.

“I know that you’ve been smoking all my tumble weed

You better get dressed, hit the door

Go to the dub spot and buy some mo”

Popular rapper, singer, and actor Wiz Khalifa also used dub in a line in his popular track “Black and Yellow” where he stated that “We bangin’ out, that Taylor Gang Dub to your face, baby ’til you say my name”.

As seen above, the word dub has been part of the cannabis world and general pop culture for quite a while. This is why it is important to understand how the word is being used on the streets and mainstream media in order to assist effective communication. 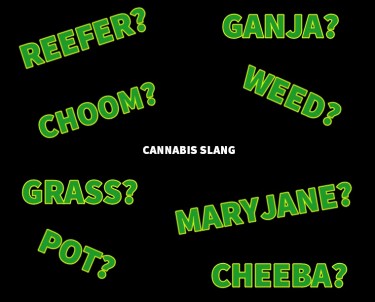 WHAT ARE CANNBIS SLANG WORDS, READ THE LIST HERE! 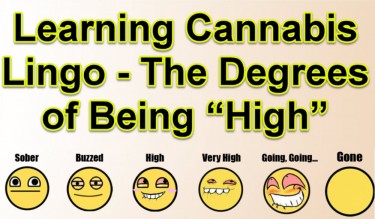 DEGEES OF BEING HIGH, LEARN THE CORRECT LANGUAGE!