Home Marijuana News What is the Potential of Africa in the Global Cannabis Industry?

What is the Potential of Africa in the Global Cannabis Industry? 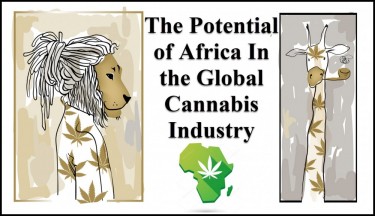 The global cannabis industry has an emerging new player, who could contribute significantly to revenues should they legalize cannabis as a whole: Africa.

According to a 2019 report, the continent’s legal cannabis industry could be worth over $ 7.1 billion each year by 2023. It may be a glacial pace until they get there, but the budding market is continuing to grow. Culturally speaking, cannabis has already been used in Africa for thousands of years. They have incorporated it in traditional herbal medicine during ancient times, while it’s only now that the rest of the world catches up.

The report states that cannabis is already widely grown throughout Africa, though it’s still illegal in most countries. Their economies have been hit hard, resulting in skyrocketing unemployment rates as well as a drop in the demand for tobacco. But Africa is already ahead of the curve when it comes to cultivating cannabis: even though it’s illegal, many farmers have started to grow it because it’s the only way to put food on their table.

Despite being predominantly illegal in Africa, it’s still the 4th biggest cannabis country in the world. New Frontier Data estimates that the current demand for pot in Africa represents around 11% of the total global market, eclipsing other emerging markets located in Oceania and Latin America.

“Cannabis has been used in Africa for centuries for medical, ritualistic, and social purposes, and its use remains common. The average annual cannabis use rate in Africa is 11.4% – nearly double the global average rate of 6%, with use in some markets running even higher, as in Nigeria, where prevalence of annual use is 19% among adults,” reads the report. It also adds that with around 263 million consumers who use cannabis all over the world at least once per year, a third of them live in Africa.

Demand continues to grow throughout Africa’s adult populations. The top consuming countries are Nigeria, Zambia, Madagascar, Egypt, and Sierra Leone. Even though they have a massive consumer base, prices of pot remain low all over the continent.

International companies who are looking for a low-cost place to start a cannabis cultivation or manufacturing hub can benefit greatly by setting up shop in Africa. Cultivation, land, and labor are all relatively better priced compared to other countries, while their farmers already have a wealth of knowledge in farming cannabis.

Large players have already put one foot in the door; back in 2017, Rhizo Sciences, a US firm, forged a partnership with Medi Kingdom, the biggest licensed MMJ producer in Africa. They intend to build a massive $ 45 million cannabis export plant in Lesotho, featuring 35,000 square meters of state-of-the-art cultivation facilities. “This new production and processing centre will make Medi Kingdom the largest medical cannabis producer in the Eastern Hemisphere, and enable us to export cannabis flower, oil and products to all legal medicinal cannabis markets including Canada, Germany, the UK and Australia,” Medi Kingdom CEO James Mathers said at the time the partnership was finalized.

The biggest deal so far that Lesotho has seen was made in 2018, when Canopy Growth Corporation purchased Daddy Can Lesotho PTY Ltd., a company with a license to grow, produce, supply, export and import cannabis as well as cannabis resin. This deal was valued at a cool $ 21.2 million

The main challenge right now is that the legality of cannabis is different in each African country, while in others, legislation remains a grey area. According to Prohibition Partners, legislation in African countries is categorized into three: Tier 1 (leading the way, or countries that are showing concrete signs of progressing with their laws and policies) are South Africa, Lesotho, and Zimbabwe; Tier 2 (poised to move, or those that have active reviews of law reform) are Morocco, Malawi, Eswatini, and Ghana; Kenya could follow suit soon; and Tier 3 (not ready for change), Zambia falls under this category.

Other obstacles include a general difficulty accessing power, and the absence of any industrial infrastructure at the moment. Though Africa has significant agricultural infrastructure, there are only very few people who can actually extract cannabinoids from plant material. What is available in Africa right now is not ready for supporting mass production for a global scale.

Infrastructure for every step in the supply chain will be necessary for establishing Africa as a key player in the global cannabis market. But before this, their lawmakers will need to see the value of it in the first place: without the framework that encourages success while supporting local companies, Africa will not be able to unlock its potential. In Zimbabwe for instance, a hefty $ 50,000 license fee is required, and this is going to marginalize the poor farmers. Cannabis economies should be sustainable with a focus on local production; while allowing foreign ownership and operations will be important as well, without a sustainable framework, they may end up monopolized by big name brands.

If African countries are able to work together to get the reforms necessary to make cannabis lucrative enough for Africa, they can indeed make as much as $ 7.1 billion annually or more by 2023, since most of these revenues are poised to be come from production alone. After all, there is no doubt that cannabis is taking the world by storm and we only expect to see more countries legalize it for both medicinal and recreational use.

North America remains at the top of the global cannabis market, though with the right policies in place, Africa could soon be at the top.

THE AFRICAN CANNABIS MARKET, ARE THEY READY FOR THE GREEN RUSH? 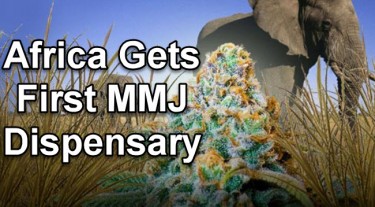