Home Marijuana News Why are Cannabis Companies so Bad at Forecasting Their Numbers?

Why are Cannabis Companies so Bad at Forecasting Their Numbers?

Are Marijuana Companies “Bad at forecasting” as Some Analysts Say? 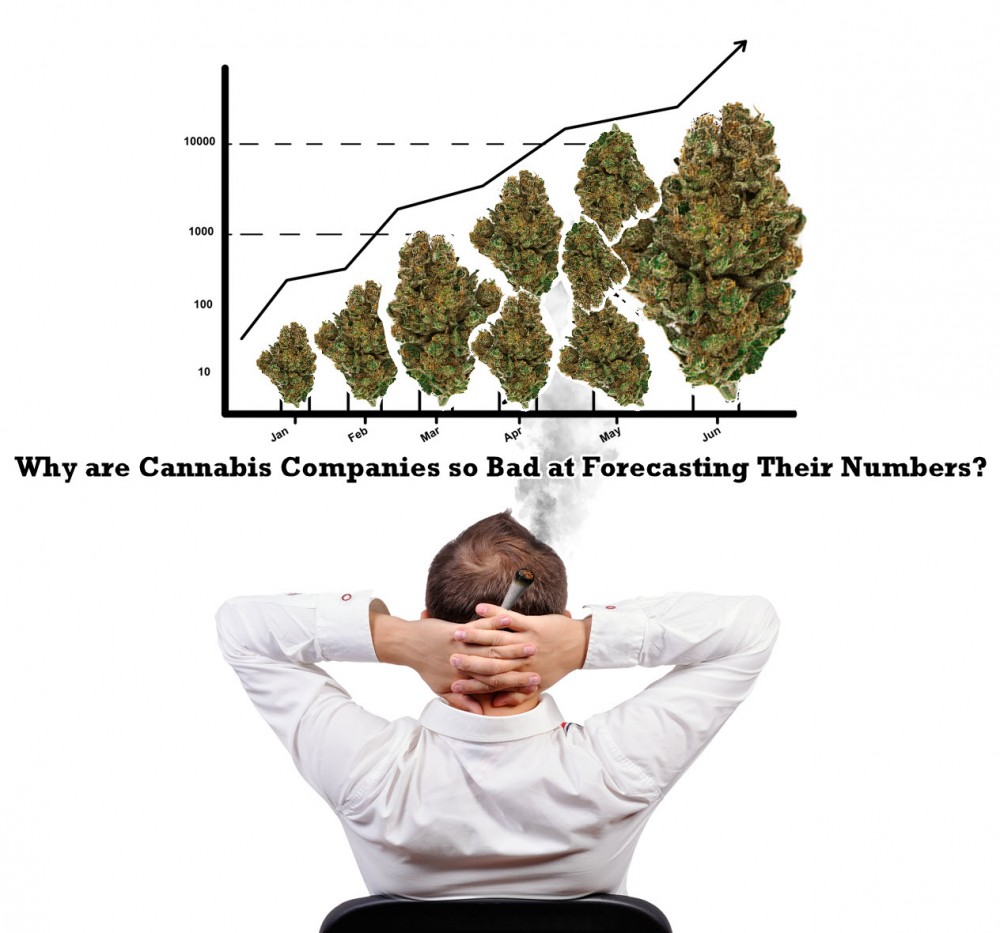 Chief Executive Sebastien St.-Louis, a Cannabis Industry Exec recently said, “If you ever hear me say something and not deliver, you have to call me out.” Apparently, Bill Kirk (an analyst at MKM Partners) did just that, as reported on Market Watch, and ripped into the statistical inaccuracies of the forecasting practices.

Obviously, there is a lot of money to be made within the cannabis sector. People know this to be true, but “how much money” is still something that isn’t so set in stone, as people would like to think. The fact of the matter is that out of the 947 “Cannabis promises” from top CEOs from Six Canadian Cannabis Companies; roughly, 51% of them were correct. Of their promises, they only managed to achieve it about 48% of the time.

What are the odds? Roughly the same as a “coin-toss” as Kirk called it.  In terms of knowing “what could go wrong”, the execs were far more accurate with 93% of their predictions coming true.

So what does this all mean for consumers, investors and the cannabis industry as a whole?

What do the inaccuracies of Cannabis CEO mean for consumers?

In all likeliness, absolutely nothing! Cannabis consumers only care about the bottom-line. It’s not like those who use Apple Devices are glued to the happenings of Apple Execs save for a fringe group of Apple-Maniacs.

Within the cannabis community, the vast majority of consumers have no involvement with cannabis investment. Thus, what a CEO predicts or promises is of little concern to the consumer just looking to buy affordable weed in a legal venue nearby.

What does this mean for Investors?

For investors, it means that you have to take the projections of the cannabis market with a grain of salt. You can’t rely on the “whims of industry leaders” because despite them projecting an image of stability and authority, the truth is that they are navigating choppy waters like everyone else.

Cannabis has only recently resurfaced, as a legal good to be traded in public spaces – the rules of engagement are still not fully established. With uncertainty within the political and legal aspects of the industry, with regulatory oversight lagging behind consumer demands – things will be in flux for the foreseeable future.

In fact, there are so many variables at play that within the modern marketplace, the announcement of a new country legalizing cannabis has a direct impact on stock prices.

Industry Leaders are trying to push the cannabis market to the mainstream, and at times will over-promise and under-deliver. As with any volatile market, this is a “High Risk/High Reward” scenario and needs to be approached as such.

Don’t be overly confident with the Industry as of yet. There will still be many companies that will rise and fall until the true industry leaders establish themselves. Additionally, the market is set to change at the pace of global legalization. Every new legalized country will enlarge the cannabis market-space, which inevitably will increase profitability.

The real money won’t be at “short-gains” but rather, invest in a company that is in it for the long haul. Companies that have a long-term strategy and a global expansion program in place, are typically the ones that will have a higher chance of survival (and following through on their promises).

Nobody can really predict the future

Some industry professionals believe they have the ability to accurately predict, “what will happen in a market”. Hell – even I have made such claims. The difference is that I know that my predictions are just that, “Educated Guesses based on current trends”. However, tomorrow – China could legalize recreational cannabis and change the entire cannabis market forever.

Imagine what would happen if China one day says, “you know what, I’d like some of that weed money!” There would be a race to see who could secure most of the global share of the cannabis marketplace. Companies would be birthed overnight; a boon to cannabis yearly projections and of course stock prices would skyrocket.

Even if you are the “most renowned cannabis expert” on the planet or a financial genius, you can never truly predict the future of any market. Anybody who is a true analyst in these financial arenas will tell you the same. The math might point in some direction only to have another random element change the entire formula.

People don’t like the idea that randomness plays such a significant role in our lives, and so we cling to fake predictions to feel some sense of control in a market of unpredictability. After all, a market that was once deemed illegal now needs to artificially create trust for the financiers, so that the industry can establish itself within a legitimate sphere.

In other words, when investing in cannabis companies – always invest what you can lose…because that risk exists even in the most stable of marketplaces.

CANNABIS STOCKS AND WHAT CAN YOU DO… 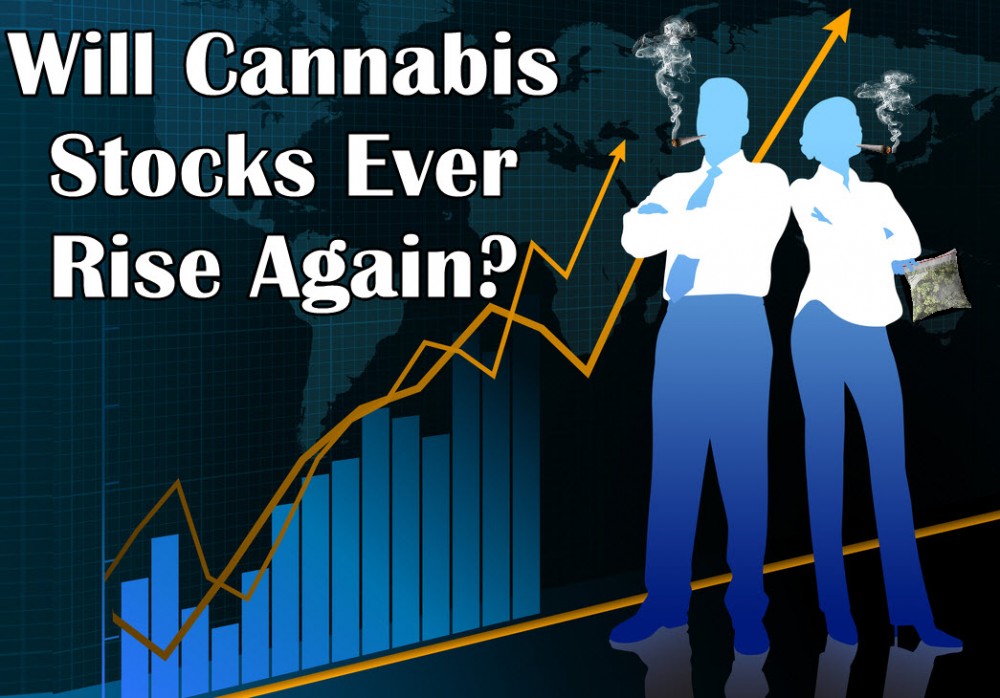 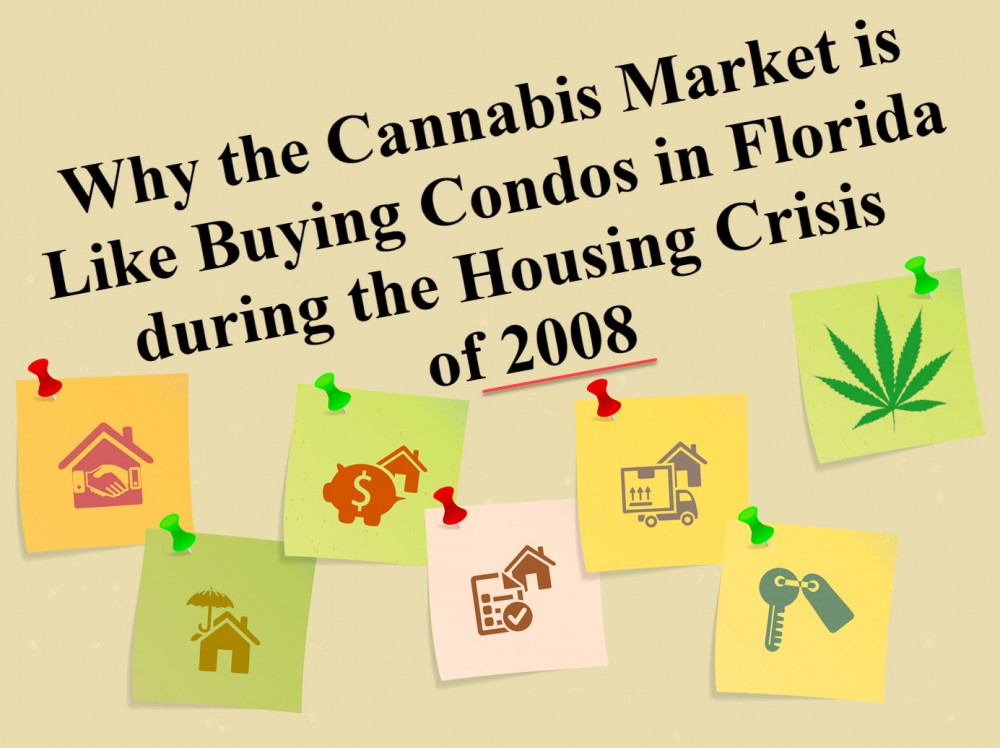 IS THE HOUSING CRASH LIKE THE CANNABIS STOCK MARKET CRASH?