Home Marijuana News Why College Kids Should Be Smoking Pot

Why College Kids Should Be Smoking Pot

Why College Kids Should Be Smoking Pot 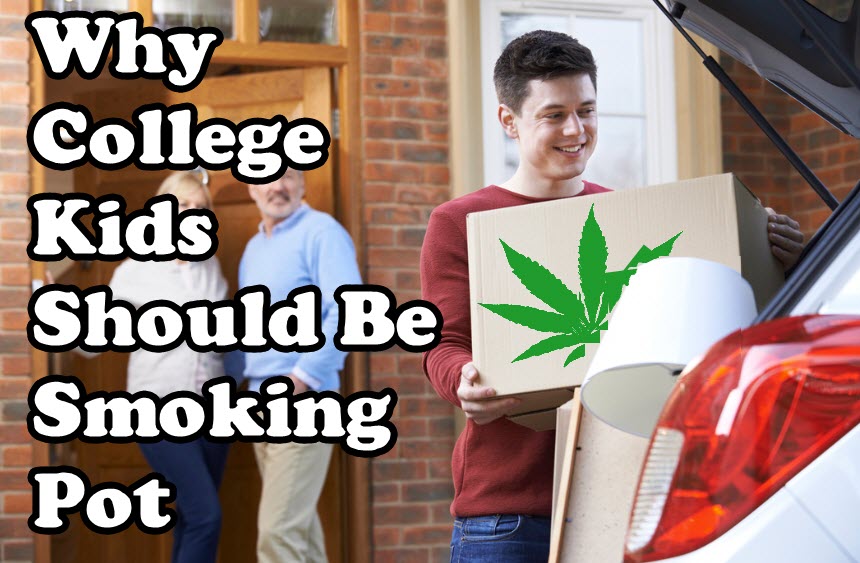 Youth consumption of cannabis, especially while they’re still at school, is one of the most widely-debated topics surrounding cannabis legalization.

National survey results from a poll conducted by Monitoring the Future has just been released, revealing that cannabis consumption on college campuses is at an all-time high. The researchers discovered that the number of college students who admitted to using cannabis in the last 12 months spiked 38% in 2015 compared to 30% in 2006. However, the good news is that other drug use is decreasing. The researchers, who have been studying college students since 1980, also found that one in every 22 university students report getting high at least 20 times in a single month, while 2/3 of the respondents believe that smoke pot occasionally is safe.

An NBC News article shares some insight from the researchers. “Something has changed dramatically,” lead investigator Lloyd Johnston, senior research scientist at the University of Michigan, tells NBC News. “We’ve been asking the same question for years, and their answers are changing.” He adds that medical cannabis advocacies as well as increasing legalization of recreational cannabis in four states has contributed to more relaxed attitudes towards the drug. “It’s become a national phenomenon, not specific to any one state,” he says.

But American parents as well as scientists have been warning about the potential harms of early cannabis use for as long as kids have been ignoring them. Not to mention the fact that prohibitionists love spreading false information about how cannabis can affect productivity and creativity, which is what college kids need the most during their critical years in university. Peer pressure combined with the pressures of academic performance is no joke.

These kids might be on to something; after all, smoking cannabis, as long as students are responsible about it, is WAY better than getting drunk. And this is exactly why the stigma of cannabis use should be eradicated. People need to be educated about cannabis use, and what better place to start than in the school itself?

Case in point: applications to the University of Colorado jumped 33% in 2014. According to Boulder campus authorities, this is probably not because of the state’s famous legalization of cannabis. Instead, they point to the fact that the school offers a new submission option. But there really is no way to tell.

It might be a little silly for a college student to make a very important educational decision about whether or not they can smoke pot during college. Or is it?

Another nationwide survey released last year revealed that college students are increasingly believing that cannabis is safe. Administrators, on the other hand, are still worried about the harmful effects of pot.

My question is simple: Why are school administrators so worried about cannabis when alcohol is so commonplace in college. Drinking is such a tolerated activity that no one even bats an eyelash when college kids get drunk. Yet pot is much safer, and it remains banned on campus.

Let’s face it: using cannabis isn’t going to derail your education and ruin career opportunities. So many kids smoke pot not just in university but continue on to graduate school toking up, and still manage to perform excellently in academics.

The bottom line is RESPONSIBLE CONSUMPTION.

Responsible use means different things for different people. Some students choose to smoke pot as a means of relaxing after a stressful exam; others choose to light up recreationally, while others simply need it to help them focus. That’s not even taking into consideration the kids who need cannabis for medical relief or to help them deal with mounting anxiety.

No matter which way you put it, responsible consumption also greatly relies on the legality of it. While I believe that kids 18 and up should be allowed to legally experiment with cannabis, the truth of the matter is that all states with legal pot only allow it at ages 21 and up. But a significant population of college kids are still below 21 years of age. And since most schools rely on federal funding, they will still ban cannabis consumption in colleges.

So while it sucks that you have to wait until you’re 21 years old, schools can already take the initiative to educate students about the appropriate use of pot. College kids have a higher propensity to experiment anyway, that will never change. So use this opportunity to help students understand the plant, and not shun it altogether. For example, this is a good chance to help them understand the differences between eating edibles, microdosing, and smoking a blunt all to yourself. All of these methods of consumption will have a different effect.

Bottom line: as a student, you also need to remember that you should never blame cannabis use for the inability to achieve your academic goals. If it gets in the way, it’s not rocket science: rethink your habits and your consumption. Because the very fact that you’re using cannabis but your grades are suffering will only ADD to the stigma, and not help get rid of it. 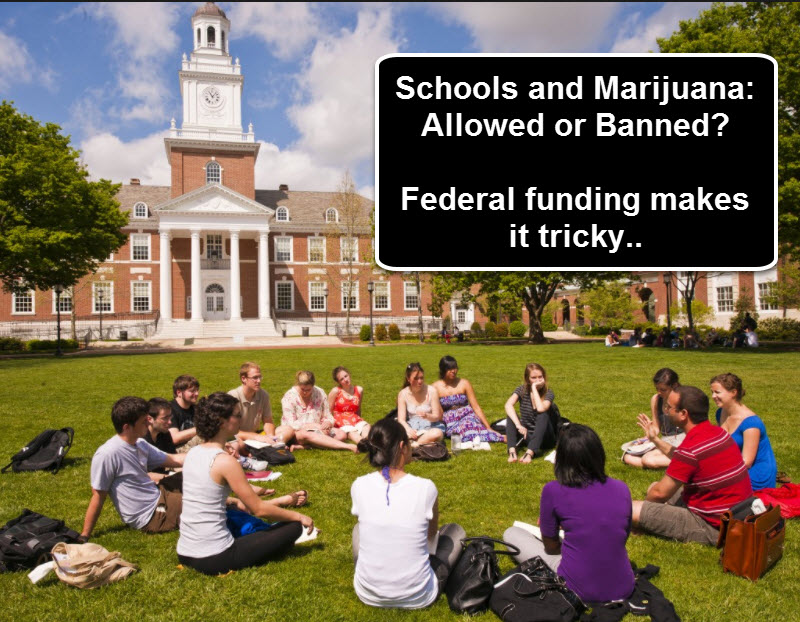 CANNABIS ON CAMPUS, WHY IS IT TRICKY, READ THIS, CLICK HERE.