Home Marijuana News Why Did a US Company Recall Their Injectable CBD Products?

Why Did a US Company Recall Their Injectable CBD Products? 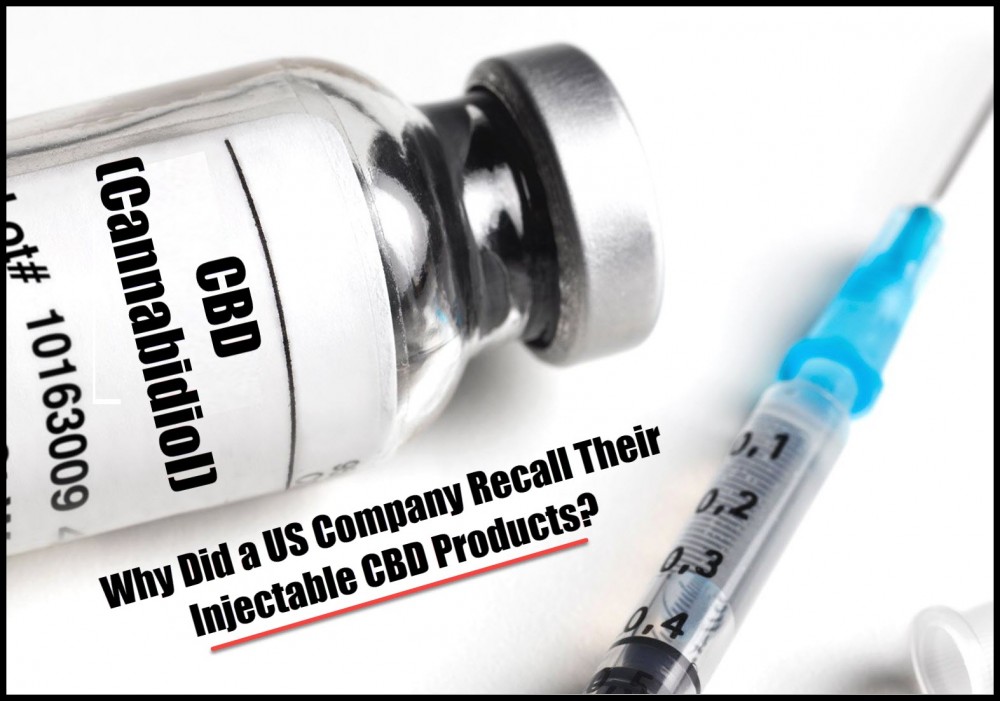 There are so many ways one can medicate with cannabidiol (CBD): orally, inhalation, topically… all of these ways are tried and tested methods to get enough CBD in your system to reap its health benefits.

But if given the chance, would you INJECT CBD into your system? Well, considering how quickly the CBD market is evolving, we can never really tell what new products are going to suddenly pop up.

Biota Biosciences, a Seattle, Washington-based company, developed CBD injectables though that was short-lived. The CBD and curcumin medication was supposedly designed to treat opioid addiction, chronic pain, and autoimmune conditions, under their Sterile Vial range.

They were issued a warning by the Food and Drug Administration (FDA) in April, which stated there was “serious risk of harm to users because they are delivered directly into the bloodstream and bypass many of the body’s natural defenses…” The FDA was not pleased about the company claiming that their injectables were natural painkillers.

They immediately then recalled all their injectable products, and said: “We would like to convey that the executive and management team at Biota Biosciences take full responsibility for these observations and understand the gravity of the risk to consumers by posting these unapproved claims…”

We rarely say this, but in this case we think the FDA did the right thing. There is hardly any evidence out there that injectable CBD is safe and beneficial for humans. Clearly, many more clinical trials and peer reviewed literature is needed before any company can put injectable CBD in the market.

In 2018, researchers actually injected human subjects with THC to determine what its effects would be on their motor skills. The study, which was published in the Journal of Psychopharmacology, found undesirable results. The findings were also consistent with previous studies, and the researchers wrote that the THC “resulted in robust and significant deficits in motor performance.” The researchers based the dosing on what the blood plasma levels would be if a person smoked your run-of-the-mill joint.

“Perhaps even more concerning is the fact that even though the high doses of THC produced greater psychomotor deficits, subjects were not able to distinguish between the level of intoxication across the low- and high-dose conditions. This suggests that it may be difficult for individuals to gauge their level of psychomotor impairment based upon subjective feelings of intoxication, which could lead to greater risk during psychomotor-dependent behaviors,” they write.

“Taken together, these data suggest that while several domains of motor function are disrupted by THC, subjective feelings of intoxication are dissociable from cannabinoid-induced psychomotor effects,” said the researchers.

Injectables and Cannabis: Not A Match Made In Heaven?

In the past, there have been studies of people injecting THC, though these were conducted by licensed medical professionals in pharmaceutical settings. This method of medication doesn’t seem to respond well to people: there were previous cases of people injecting cannabis broths that resulted in “intravenously injected marijuana disorder” which led them to suffer from cardiovascular problems, severe muscle pain, and vomiting.

Why You Should Never Inject Cannabis

First of all, there are so many safe ways you can consume CBD. Even though the FDA has been on the case of several CBD manufacturers ever since it was legalized, there are dozens of safe CBD products out there – just be sure to buy from reputable brands.

Second: cannabis in any form, whether THC or CBD, shouldn’t be taken intravenously. Resin or oil forms of cannabis are much thicker in consistency than your own blood, and this can lead to the formation of blood clots in organs or limbs throughout your body. If this happens, you may need to be AMPUTATED, and you could even suffer from a deadly embolism.

Cannabis is lipophilic, which means that it doesn’t mix well with saline or water, and these are necessary for safe and therapeutic intravenous processes. Think about the consistency of honey or sap – that’s what it would be like injecting yourself with. If you research on Google, there are no reputable clinics anywhere in the world, not even in Israel, the forefront of cannabis research and development globally, that conducts intravenous injection of CBD or cannabis. To safely do this, you also need hospital-grade sterilization of injection equipment, and purified substance of what you are going to inject. It just doesn’t exist right now people, so if you are looking for a stronger high, you’ll have to take cannabis in other forms.

Dr. Bob Melamede explains more on the topic to Westword, where he says that the development of injectable THC hasn’t come close to fruition yet. “They’ve worked on more soluble versions that could be injectable, but nothing has ever developed from any of that,” says Melamede.

“THC is actually a single molecule – and THC alone is horrible. That’s what Marinol is, and that’s why no one wants to take it. It makes you very uncomfortable and it doesn’t get you high in the sense that it gives people relief. It gets you stressed, which is why Marinol isn’t used by anyone with an alternative – plus, it costs something like $ 1,500 a month… But in all cases, ranging from THC to a more diluted yet more medically advantageous form, like cannabis extract, they’re highly hydro-phobic. They don’t like water, so you can’t put it into a liquid water suspension that you could inject. These are basically oils, and oil and water don’t mix – and they certainly don’t mix into any kind of form that’s going to be injectable.”

There you have it, straight from a doctor, people.

CBD FOR PAIN MANAGMENT, WHAT ARE DOCTORS SAYING?