Home Marijuana News Why Didn’t President Obama Legalize Cannabis on His Way Out the Door?

Why Didn’t President Obama Legalize Cannabis on His Way Out the Door?

Why Didn’t President Obama Legalize Cannabis on His Way Out the Door? 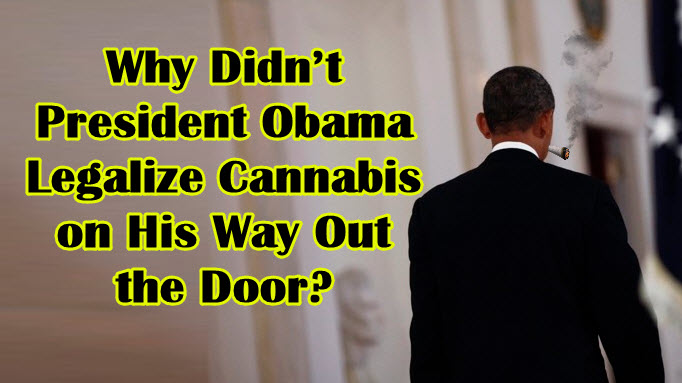 With the political landscape so divided right now the good news is that a majority of Americans are in favor of cannabis legalization.  Most polls show that around 60% of the general population as a whole want cannabis legalized at the Federal level, and that broken down by political parties, Democrats are in favor of legalization in the high seventy percent area and Republicans in the low fifty percent area.

But why didn’t President Obama legalize cannabis before he left office?  Why are we fighting a Republican president and his anti-pot attorney generals to legalize weed?

Forget policy for a minute, President Obama was a huge pot head.  You can read our story about him based on his memoir and his friend’s re-telling of stories here.  He was the leader of the “Choom Gang”.  A group of teens that would get together after school and hotbox a van in the school parking lot. Most accounts not only have a young President Obama as taking part, but also being the leader of the gang, the one who would be able to get the weed and made sure the windows were rolled up.

As a political issue, Democrats are much more in favor of cannabis legalization than the more conservative Republican party.  In 2019, it is a no-brainer issue for both parties as legalized cannabis is running with huge support from voters on both sides of the isle, but back in 2014 to 2016, the issue was gaining momentum, it was nowhere near as popular as it is now.  At this point, both parties are rushing to take credit for cannabis legalization as the 2020 elections are looming.

So, for one, President Obama was not looking at the same support levels among voters as he would see now.  That begs the question, he was already a president in his second term, so who cares what that voters thought, he was out the door anyway.  To give him credit, the Cole Memorandum was enacted under his watch which protected legal cannabis companies in legal states from being harassed by the Federal government.  It was basically a “hands-off” approach the President took and told the Federal government to not go after legal businesses in states that have legalized some form of cannabis, but that is not full Federal legalization.

Which Begs the Question, Why Not Legalize Cannabis on the Way Out the Door?

I have posed this question to a few of the people I would consider the “smartest guys in the room” over the years of doing cannabis interviews and content and there are a few theories as to why the biggest teenage-pot-smoker-to-become-president didn’t pull the trigger.

*This was a golden chip, a political gift to be able to give the people when the opportunity was needed.  According to the New York Times, Hillary Clinton had a 92% chance of winning the election at 4pm on election day.  To quote a sports analogy, this election was in the bag, there was no mathematical way that Hillary could lose.  One theory is that Barak left the gold ticket, or gift, for Hillary to use when she became president, the Democrats could take credit for legalization and score huge brownie points with big swaths of the voter population.  Some will argue that Hillary was not pro-cannabis and just said those positive medical marijuana comments in order to get elected and win some votes.  There were rumors of a private Goldman Sachs speech she gave saying she would not legalize cannabis.  Many inferred this as a reference to protecting Big Pharma’s interests and keeping the donations she received from large drug companies.

*Another interesting theory is that such a move by President Obama would have REALLY fired up conservatives to rally and not get Hillary elected.  At the time, he didn’t know that Trump would beat Clinton as it is, but as the race grew closer, a major move that would have upset Christian conservatives may have rallied an even greater turnout on election day by Republicans and conservatives.  Now, if you have had a time machine back then and said, “Well, Trump wins anyway, so you might as well do all the things you want on the way out the door”, then maybe we are looking at cannabis no longer being a schedule 1 drug at the very least.

*An interesting tidbit I like to debate with people is that California legalizing recreational cannabis on the same ballot that Trump got elected is a much bigger win that Hillary loosing.  If California had not voted in recreational cannabis and Trump won the election, the marijuana industry would be years behind where it is now.  California makes up a whooping 13.3% of the entire US GDP or economy.  If California was a stand-alone nation in Europe, it would be Europe’s second largest economy trailing just Germany.  The state of California’s economy is so big it just passed the country of England for total output and size.  As California goes, so does the rest of the country, it just takes a little while to get to the East Coast.  I argue that California going recreational was the “genie out of the bottle” moment.  There was no going back after that vote happened, there was going to be too much money, power, and tax revenue created to turn back cannabis reform.  No offense to other states that had moved earlier on cannabis like Colorado and Washington, they just don’t have the same economic and political might as California.

Maybe President Obama knew that California’s vote on recreational was more important to weed than Hillary winning so he knew Democrats were safe, or so he thought.  Why incite a conservative uprising by legalizing the “Devil’s Lettuce” when you know Hillary was a 90% chance winner and California was going to approve recreational cannabis?

He had done us all a favor with the Cole Memorandum, but he won’t be elected to the Cannabis Hall of Fame because he didn’t get the major goal pushed into the endzone.

But if you could go back to November of 2016 and only pick one winner, recreational cannabis in California or Hillary Clinton (meaning Trump wins the presidency), this is the correct win for the cannabis industry.

OBAMA AND WEED, READ THESE… 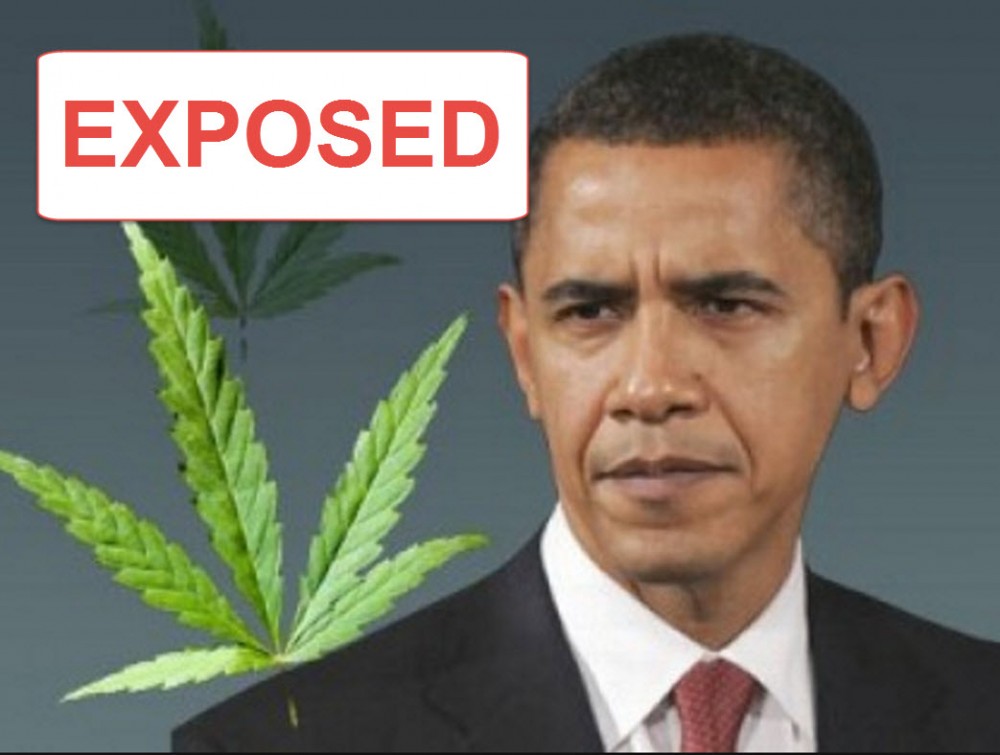 HOW CLOSE DID YOU COME TO DOING IT, CLICK HERE.