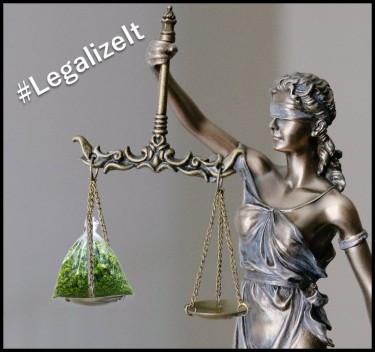 Decades ago, cannabis was seen as nothing more but a popular crop especially during the colonial era of the United States. Then Reefer Madness happened, unfortunately causing the demise of marijuana.

The next thing you know, cannabis’s medicinal properties are finally being recognized albeit slow, resulting in legalization in many states around the country. There is no doubt that the cannabis industry has seen tumultuous times, and the challenges aren’t over.

And you might not know it, but society as a whole is feeling the effects of cannabis still considered illegal in the eyes of the federal government. With some 700,000 people each year being arrested for consuming cannabis, which is 6% of the overall prison population and they aren’t even guilty of any violent crimes, it’s clear that the US criminal justice system is spending serious money on an issue that shouldn’t even be one.

Think of how many police officers waste their time arresting people for cannabis use, all the effort that goes into working on their citations, taxpayer money that goes into the salaries of police officers, all to charge people for a nonviolent crime using a drug that should already be legal. YOUR tax money is also subsidizing the prisons that house these “offenders”. But perhaps what’s worse is that these people leave prison being treated like a hardened criminal: they have a difficult time getting a job because their charge remains on their record. But the bottom line is that it puts an incredible burden on the criminal justice system.

Instead of the cannabis industry reaching its potential as a multi-billion dollar industry, it’s costing a crazy amount of money. According to the ACLU, cannabis possession laws that result in arrests has been costing the cops $ 3.6 billion each year. On top of that, each arrest costs some $ 4,390 from the years 2001 to 2010, while felony convictions cost $ 73,170 to the justice system.

The Lone Star State As An Example

In 2018, Texas arrested almost 100,000 people just for cannabis-related violations. These were the highest of any state in the country.

A recent analysis by Vincente Sederberg LLP reveals that regulating the cannabis commercial market in Texas alone could actually yield over $ 1.1 billion in tax revenues, and generate as much as 40,000 jobs. “A regulated cannabis market would be an economic boon for the Lone Star State,” explains the law firm’s partner Shawn Hauser. “Hundreds of millions in dollars in new tax revenue and tens of thousands of new jobs would be especially helpful in overcoming the losses stemming from the COVID-19 pandemic. Texas is leaving an enormous amount of money on the table by keeping cannabis illegal.”

“If cannabis were regulated, the revenue from license fees and taxes would easily cover the cost of administrating the system and enforcing regulations,” says senior policy analyst at Vincente Sederberg LLC, Dwight Clark. “Criminal justice resources could then be redirected toward other, more pressing matters.”

Additionally, they found that legalizing cannabis could save as much as $ 311 million each year, for Texas alone!

The cost of cannabis arrests doesn’t end when a court case has been filed. These arrests have been shown to impact individuals, their families, and the economy as a whole in the long run.

Meanwhile, in states that have already legalized cannabis, they still have to deal with existing contradictions with the federal law. Possession, cultivation, and distribution of cannabis is still a federal crime as it remains a Schedule 1 drug, alongside ecstasy, fentanyl, and heroin. Decriminalizing cannabis is not enough; legalizing marijuana is needed to completely eradicate criminal penalties while allowing legitimate business to thrive selling cannabis.

Contrary to what many people think, public safety will not be compromised if the criminal justice system is reformed in such a way that cops will no longer arrest people for cannabis offenses.

There are many studies that confirm this. One, which was published in the Journal of Economic Behavior and Organization, analyses data from 2013 and 2014. During these years, Washington legalized recreational marijuana though it was still illegal in its neighbor Oregon. The researchers compared crime rates on each side of the border, and they found that legalized marijuana “caused a significant reduction in rapes and property crime on the Washington side of the border in 2013-14, relative to the Oregon side, and relative to the pre-legalization years 2010-12.”

These findings were similar to another study that found that violent crime decreased in towns near the US-Mexico border after marijuana was legalized for medical use. The researchers attribute this to the fact that cannabis relaxes consumers, which naturally “reduces the likelihood of engaging in violent activities,” they write. “Second, this effect is reinforced if cannabis is a substitute for violence-inducing substances such as alcohol, cocaine and amphetamines.”

“Third, the legalization of recreational marijuana may induce a reallocation of police efforts away from cannabis pushers and consumers, and towards other types of offenses,” says the researchers. They think that cannabis legalization helped alleviate the problem of gangs and criminal groups that circulate in cannabis markets.

No matter how we look at it, it’s still important to legalize cannabis at the federal level. We must not give up on the battle. There is so much evidence out there proving that federal legalization is a smart approach that will trickle down into different aspects of society including the police force, family units, employment, and the economy. A shift in policy would have tremendous impacts throughout these areas and more.

The path to legalization starts with removing cannabis from the list of controlled substances, as part of a holistic approach to changing the criminal justice policy and rethinking marijuana as a whole. 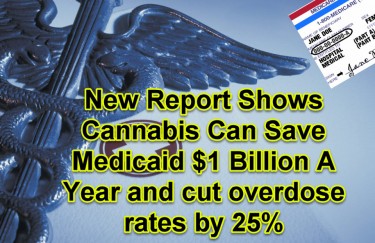 LEGALIZING MARIJUANA WILL SAVE BILLIONS IN HEALTH CARE COSTS! 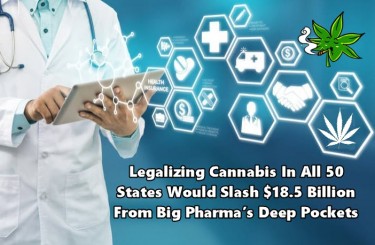