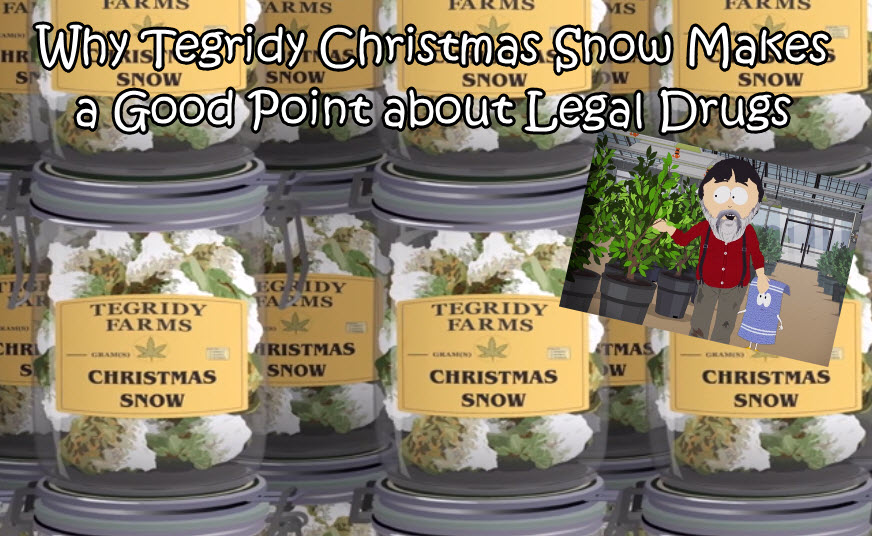 South Park has had one hell of season thus far. The 23rd Season of the controversial show has given us such glorious episodes like “Mexican Joker”, “Banned in China”, “Board Girls” and a whole bunch of Tegridy-themed marijuana episodes.

However, I believe that the “Christmas Snow” episode was the epitome of excellence from the writers. The nuanced mix of controversy and deep social criticism is something that has kept South Park alive for the past 23 seasons, and it doesn’t seem that they are going to stop anytime soon despite their internal attempts to #CancelSouthPark.

In this episode of the popular show a few key concepts are pointed out.

Drunk Driving during the holiday season

This was the very fist concept introduced in the first act of the episode. Santa, tried to convince the townsfolk that drinking and driving over the holiday season is a real concern. They ignore him and go driving anyway. He in turn bans the sales of alcohol until January second with a city ordinance.

After Santa manages to ban alcohol sales, the town turns to Randy that creates a “Christmas Snow” strain, which sends the folk back to their cars, driving under the influence. This eventually leads to one car driving over a kid in front of Santa, who in turn utilizes a City Ordinance to ban the sale of Marijuana until January 2nd.

As a work around, Randy removes the “marijuana” from his Christmas Snow. The effects of “pure snow” is much more severe than the marijuana. When the mayor asks what snow is…Randy gleefully replies “Cocaine”. This eventually results into him legalizing cocaine under similar means as cannabis was legalized.

Santa Steals all the coke

This sends Santa into a rage, he then goes around and steals the whole town’s coke. Randy chases him down. Randy convinces Santa to try “Tegridy Snow”. Santa loves it.

Jesus is not happy that they are trying to make a good case for cocaine. Until they convince Jesus to try some. He loves it. And gets the whole town high on Christmas Coke!

Now that we’re all caught up

While South Park is mainly satirical, they do raise a few good points throughout this episode. Firstly, they point out that drunk driving is a serious issue. Over the holiday season, there is a real spike in automotive deaths.

With services like Uber, it’s idiotic to think that people are still drinking and driving. You might say, “Uber costs a lot of money”, but trust me that “dying or killing someone while drunk driving” has a far superior cost.

However, the biggest “Aha” moment for the episode in my opinion comes in the final act. Where Jesus, Santa and Randy talk about the “benefits of Tegridy Coke”.

To summarize these are the talking points;

The cocaine was very pure, not cut with anything

It was organically grown

No violence for cultivation

No one was hurt

These four talking points is incredibly important in the greater drug narrative. We live in a society that spends trillions of dollars on trying to stop people from getting high. We know, that being under the influence of drugs consistently is not a good thing. It’s not good for the individual or society.

However, the idea of pure abstinence is not achievable. Society utilizes drugs in a wide variety of ways. Some for medicinal reasons, others for recreational. However, one could argue that recreational drug use acts as a “pressure valve” in a high stress environment.

This might not be an ideal solution to dealing with bad stress, however, changing the health habits of the masses is easier said than done. People will continue to drink, smoke weed, do coke and other drugs to deal with their problems. It’s not healthy, but it’s what they do.

Since we can’t convince everybody to be healthier, we can do something in mitigating the dangers of their habits. This entails to implement something like “Tegridy Snow”. Something that cuts out the middleman, reduces violence, increases purity, reduces cost and reduces risk.

Under a model like this, we accept the fact that people will use substances for a wide variety of reasons and as such, it is our responsibility to reduce any risks that could arise from such behavior. It is NOT our duty to instruct these individuals how to live, because this would be infringing on their freedoms. However, it is totally within our power to mitigate damages and maximize positive benefits from behavior that might not be seen as “good.”

It’s time that we grow up in society, and realize that humans will always seek pleasure and that denying these desires will only manifest negatively in some other aspect of society.

Having said that, while I don’t do coke myself…I support Tegridy Snow 100%! 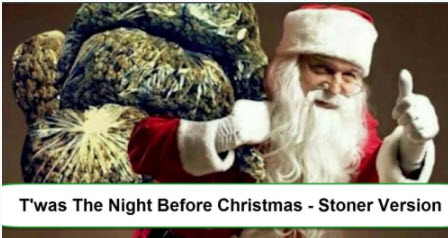