Why THC Levels Will Level Out Over the Next 10 Years 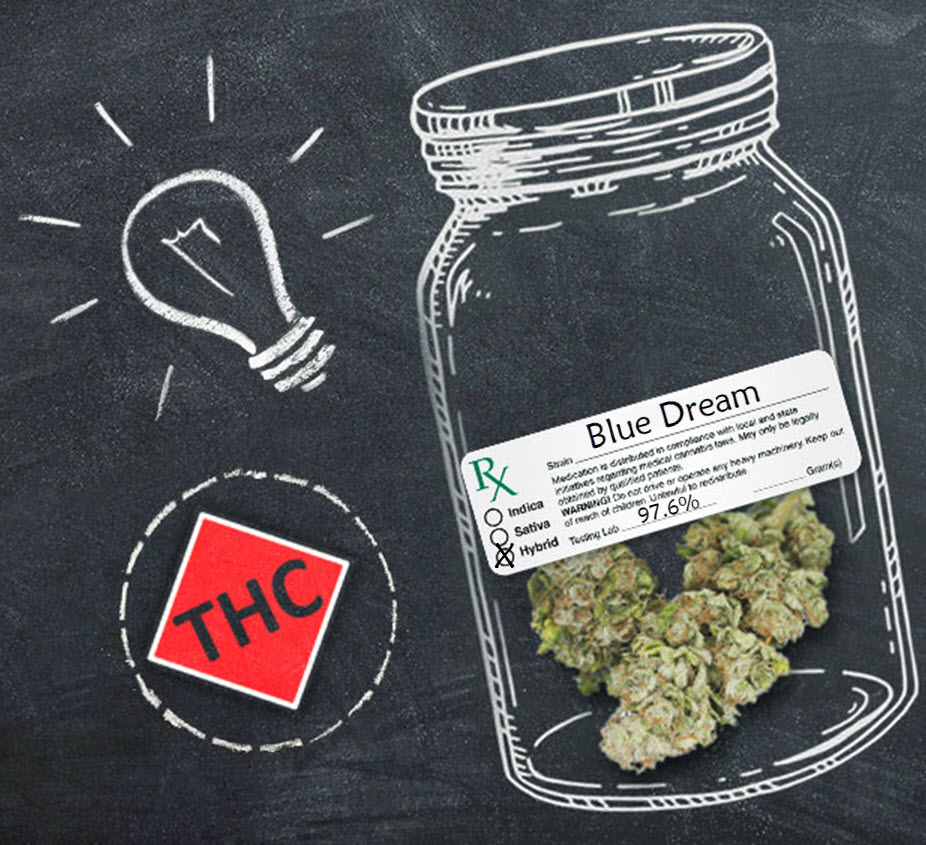 We’ve heard the lies before, “Today’s Marijuana is not your granddads marijuana”. Firstly, my granddad and probably yours too – didn’t smoke marijuana because they were part of the great prohibitionist generation so the analogy really doesn’t work.

Secondly – the statement suggests that cannabis is on a perpetual rise in terms of THC. And when you take a look at modern strains that reach the 30% mark, or the 99% concentrates on the market – you’d think that they may be right.

But cannabis is like any other good and ultimately must obey the will of the market. While for some time, cannabis THC levels were selectively targeted to create more potent strains – and with the rise in prevalence of dabs – these are all industry moves.

In other words – suppliers are guessing that consumers want more potent strains based on past data. And if they were to base their conclusions they would be right.

Pre-2000, the variety of cannabis strains were not as robust as it is today. Sure – there were potent strains, but back then, cannabis was still very much a “counter-culture” thing. Some medical patients were using it, but for the most part – the official narrative was that cannabis is bad.

The vast majority of the cannabis being consumed in the day came from Mexico. And if you know anything about “Brick Weed” – potency usually sat somewhere between 5%-10%. Cannabis that exceeded 10% was considered to be “Dank”.

If you smoked weed that reached the 17%-20% THC, you’d be smoking some of the rarest weed in the world. It would be like getting oral stimulation from a god.

When enough states legalized cannabis for medical and recreational purposes – the industry responded to the underground cry for more potent weed and in turn, there was a significant spike in THC-availability.

Overtime – consumers had access to a wider range of cannabis strains at various potencies. Dabs became popular and suddenly THC could reach 90%+.

At first – the consumer market was pleased. They went in and started dabbing, smoking the power weed, getting shit-faced…

But the majority of them returned to what they like – good old fashion bud. At least, according to study published in the journal of Drug & Alcohol Dependence entitled; “A within-person comparison of the subjective effects of higher vs lower potency cannabis”.

The study sought to ask stoners – people who consume cannabis 5-6 times a week and dabs at least once a month – their opinion on dabs and bud.

It turns out, most regular consumers tend to like milder cannabis. 77.5% of survey responders said that they prefer THC levels to sit between 9% – 20%. The majority preferred the effects of lower THC and according to them created “greater positive effects than concentrates”.

In relation to what could provide negative effects, concentrates scored higher than cannabis. In fact, cannabis flower was selected to be the best high by 77.5% of respondents agreeing.

It’s important to note that most dabbers are seasoned smokers and this doesn’t occur regularly within this demographic – however, novice smokers are typically the ones who ‘overconsume’.

“Findings contribute new knowledge by showing that marijuana produces greater positive effects (positive affect and enhanced cognition) than concentrates,” the authors wrote. “In addition, analyses of each person’s comparative appraisals of marijuana vs. concentrates showed that marijuana was selected over concentrates for producing the best high and being the preferred type of cannabis.”

The Norms of Consumption

This trend shouldn’t surprise anyone – the vast majority of people prefer moderation over excess. Most people drink beer and wine as opposed to doing shots of Vodka every day. This doesn’t mean that on some occasions – people go a bit wild and have a few Tequilas to get a bit tipsy.

Similarly with cannabis – most people prefer flower for a variety of reasons; price, availability and moderate THC.

For your daily tokes – you want something that will keep you in the zone. If you’re going out with the purpose of “blazing up” – a-dab-will-do!

However – I do hope that stores begin to realize that there are other factors that would make cannabis more valuable apart from THC count;

If you’re still using THC as your marker for “good weed” – you need to update your rhetoric. Either way – I suspect that THC levels will find a balance over the next ten years. 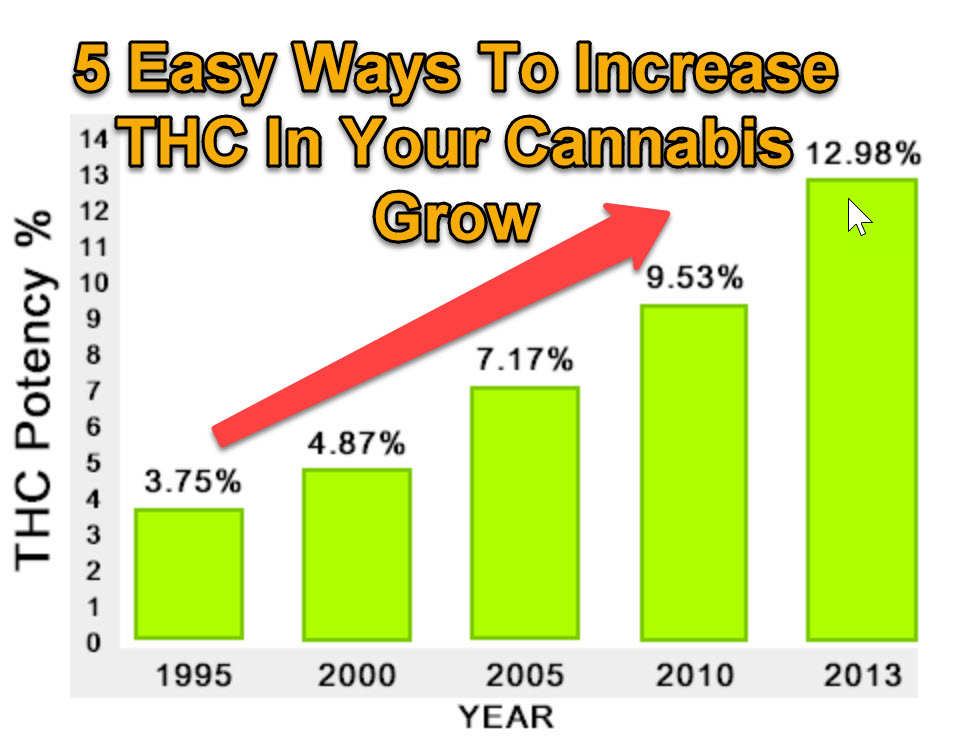 HOW TO GET HIGHER THC LEVELS IN YOUR PLANTS, READ THIS! 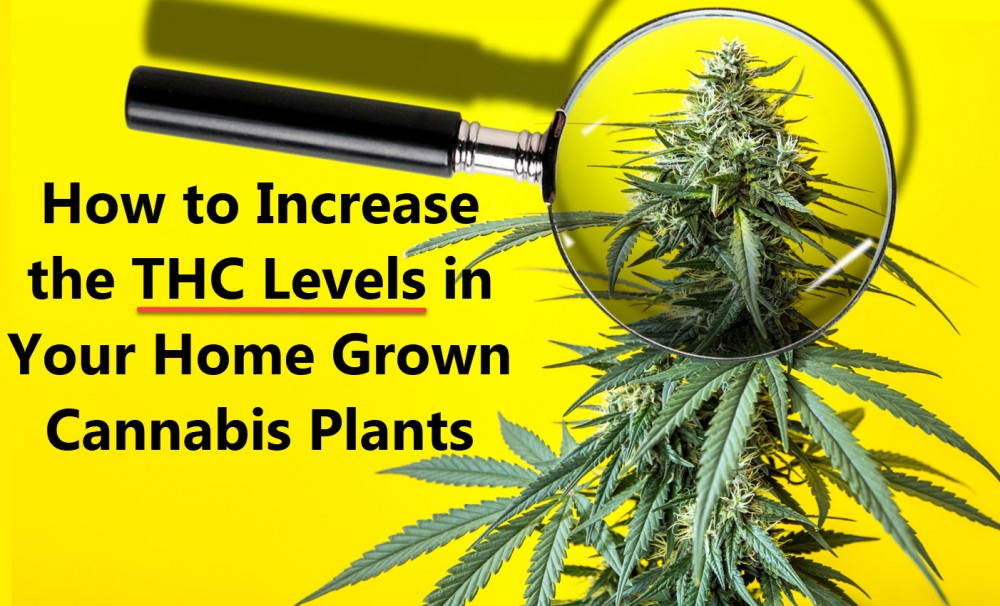 HOW TO CHANGE THC LEVELS IN HOME GROWN PLANTS!