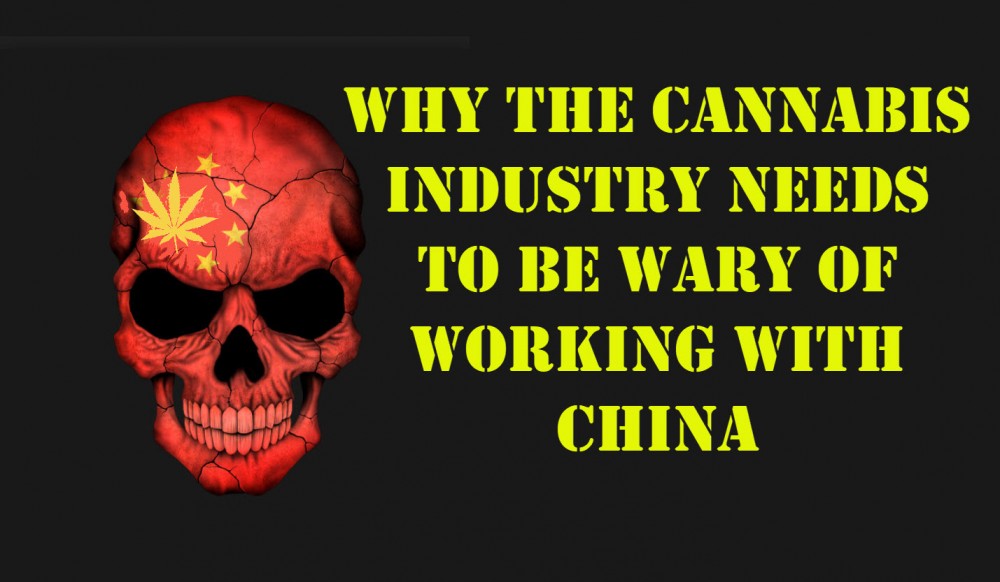 China Is Laughing All The Way To The Bank

That vape cartridge you’re using to inhale cannabis on the daily?

Yeah, there’s a pretty good chance it’s made in China. That is not a good thing.

The biggest nation in the world is quickly, albeit silently, rising to the ranks as a cannabis superpower. But there’s reason to worry.

A new report from Leafly has revealed that California regulators have rejected several cannabis vape cartridges because they contain dangerous amounts of lead. Lead is a dangerous, toxic metal that naturally occurs in the earth’s crust. According to the World Health Organization, no amount of lead is considered safe. Once lead gets into your body, it gets transmitted to your organs including your brain, liver, kidney, and bones. It’s stored in your bones and teeth, and when it accumulates over time, lead poisoning can occur. High levels of lead, and lead poisoning, can lead to terminal diseases over time including permanent brain damage, hearing problems, anemia, damage to male and female reproductive systems, seizures, coma, and kidney disease. This is especially harmful if you are pregnant or breastfeeding.

Since January 1st of this year, California regulators have imposed stricter rules for the cannabis industry, specifically in testing. And now that they’ve found a concerning quantity of lead in carts, particularly those that are made in China.

The cartridges in question are CCELLs, which, according to the experts Leafly spoke to, are the best quality cartridges to come out of China. Those that are cheaper may actually contain more lead, since lead is used to make metal moldable, which saves money for the Chinese manufacturers.

At the cost of your health.

Consumers in California may have to wait a while to see cartridges that indicate a “manufactured on” date, saying that it’s been made after January 1, 2019. If you buy cartridges from the black market, there’s absolutely no way of testing for lead, which means you’re probably inhaling it too.

The Demand For Vaporizers And Vape Pens Is Making China Rich

Vaporizing cannabis has become so popular in the last few years that it’s caused analysts to say that smoking flower may actually be a dying trend. Vaping, as it’s also known, offers consumers a discreet way to medicate with cannabis oil. Many also believe that vaping is ‘safer’ than smoking raw flower, but now we know that this isn’t entirely true if your gadgets come from China.

The vape pens that we use to smoke are so easily accessible from China, that many startups in the US and abroad can purchase them wholesale and simply rebrand these devices. Vape pens quickly became a hit among consumers, and these days it seems like there’s a new kind of vape cartridge or pen coming out on the market.

According to a 2016 State of Cannabis Report created by Eaze, a cannabis delivery service, from 2015 to 2016 they saw a whopping 400% increase in vape cartridge sales. In 2015 alone, cartridges made up just 6% of their total sales. Meanwhile, cannabis flower saw a drop from 75 to 54% of total sales.

A Reuters report states that around 91% of all important vaporizer products in the United States have been made in China. These include both e-cigarettes as well as cannabis oil vaporizers and cartridges. And a John Hopkins report also disclosed that toxic metals were found in the e-liquids that were used in e-cigarettes, including of course lead, as well as manganese and chromium. These metals were found in the liquid right after it was used with a vaporizer, which means that the electric current produced from the battery releases metals from the coil-heating mechanism used in the devices. The technology to make e-cigarette vaporizers and those used for cannabis oil aren’t really that different, and they all come from the same place: China.

So yes, China is laughing all the way to the bank.

China has some of the harshest drug penalties in the world. Current drug law stats that if you’re caught with over 5kg of cannabis leaves or 10kg of resin, this puts you at risk for death penalty.

But things weren’t always like that. Chinese use of cannabis and hemp are among the earliest known to man. It was once used in traditional Chinese medicine; and the Divine Farmer’s Classic of Materia Medica, a medical text created sometime during the 2nd AD, has instructions on how to use it. Religious, medicinal, and ritualistic cannabis use has also been mentioned in other Chinese texts dating as far back as 3,000 BC. It became illegal as soon as the republic was established, and now they’re out to make money from it in other countries.

“Because cannabis in Western medicine is becoming accepted, the predominance of Chinese patents suggest that pharmaceutical sciences are evolving quickly in China, outpacing Western capabilities,” writes Ottawa biochemist and businessman, Dr. Luc Duchesne. “CTM [Chinese traditional medicine] is poised to take advantage of a growing trend. The writing is on the wall: Westernised Chinese traditional medicine is coming to a dispensary near you.” This raises a lot of problems, most especially regarding quality and accountability because US standards for cannabis products are much more different than China’s, and it took California regulators a while to find out. If not for the newer testing laws, we would may never have known we were inhaling lead.

On November 1st, 2018, the first Cannabis Investor Symposium was held in Hong Kong at the W Hotel. It was hosted by The Arcview Group, CannaTech, and URI Capital Management; focused on worldwide investment opportunities although the symposium was tailored specifically for the Asian market. “Cannabis usage as a medicinal plant dates back in Chinese history for thousands of years. Medicinal cannabis research is rapidly progressing, and we need to redefine our attitude towards cannabis and hemp. Asia, more specifically China, is poised to leverage its unique advantages in hemp and agriculture to become a dominant global leader. URI is proud to become the first Chinese financial conglomerate to focus on the Asian cannabis industry and will leverage the firm’s world class research and investment resources to lead the way,” said URI Capital Management.

It’s become clear as day that China is set to overtake the cannabis industry, especially now that legalization is spreading quicker than you can say pot. There are around 606 cannabis patents in the world right now, and 309 of them belong to China. These patents are all hemp products, yet CBD is illegal to consume in China.

A report from New Frontier Data revealed that in 2017, hemp sales from China contributed to 1/3 of the $ 3.1 billion worldwide market, totaling $ 1.1 billion. In the same year, hemp textiles made up around ¾ of their total $ 823 million sales. China’s hemp industry is set for crazy growth, while the US is only forecast to make around $ 1.3 billion from the hemp-derived CBD market by 2022.

Is Chinese-Sourced Marijuana The Future Of America?

The current administration, remember, has allowed British CBD producers (does Epidiolex ring a bell?) to import cannabis-based pharmaceuticals just last year. Meanwhile, American producers have been banned from entering the same market because the federal government refuses to reschedule cannabis. It certainly isn’t impossible that President Trump may allow China to dominate the US cannabis market. He did, after all, convince (is bully a better term?) Israeli President Benjamin Netanyahu to postpone cannabis exports.

But a realistic political approach to prevent China’s takeover would be to ban all Chinese-sourced cannabis, ensuring that we only get what’s local, which has passed certain standards and laboratory tests.

Since cannabis is still illegal in China, there is an absence of official data on just how much cannabis grows there but for sure plantations are thriving. Local police are turning a blind eye to plantations since it provides a lucrative alternative source of income for Chinese farmers. According to Yang Ming, chief scientist of the Cannabis sativa research program of China at the Institute of Industrial Crops in the Yunnan Academy of Agricultural Sciences, farmers who previously cultivated flax ditched it for cannabis. When asked just how much land is being used for the crop, he said: “It’s a big figure. It cannot be revealed to the public. Many farms are, strictly speaking, illegal under current law and regulations.” 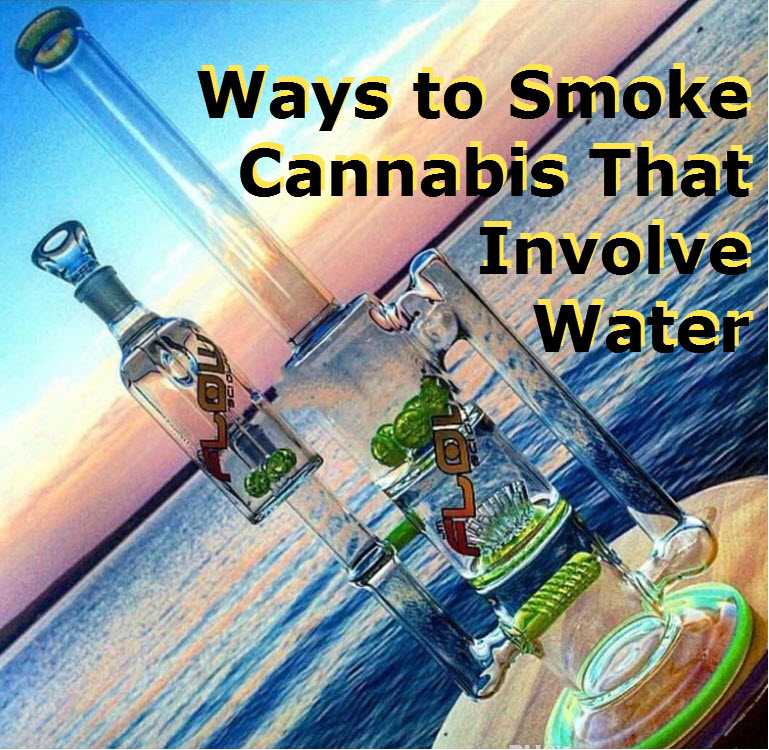