Why the Global Prohibition of Marijuana is a Crime Against Humanity

Why the “Global Prohibition of Marijuana” is a Crime Against Humanity 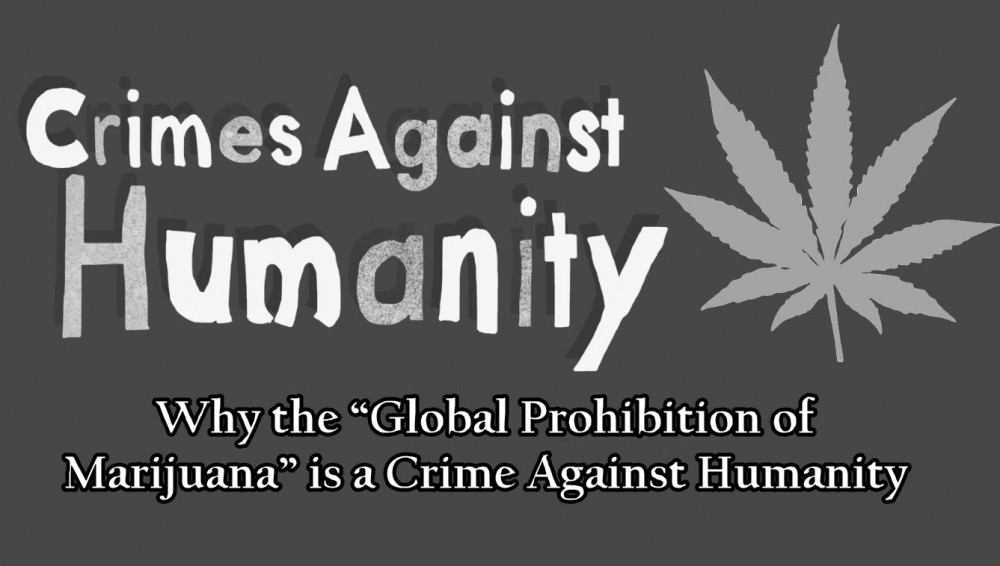 I was reading an article in Forbes written by Tom Angell about the World Health Organization recommending the rescheduling of marijuana under international treaties. The overall news about the incident is pretty positive. Governments all over the world recognizing…”We fucked up, cannabis isn’t that bad…”

However, what really piqued my interest wasn’t the story about governments recognizing their faults, but the fact that we as humanity came together to create an international policy that would advise people from using mind-altering substances, and then placing pressure on the global community to reinforce those standards.

I mean, how many people came together and simply decided for the entire global population…”drugs are bad and we’ll throw you in cages to rot if you ever think about taking them”. What was the number of bureaucratic douchebags that with ink on some paper dictated the fate of billions of people? And why did we play along with this?

Why we bent over and pulled down our pants…

I don’t know exactly at what point the world decided that “drugs were bad”. I’d have to do some digging into the global movements in policies, which countries prompted the drug treaties and what not to fully understand the global climate during those times.

However, somewhere between 1961 and 1971, representatives of hundreds of countries agreed that “drugs were a menace to humanity”. “Drugs” were a concern of public health and thus needed to be banned.

Of course, the United Nation and these international agencies don’t really have too much power over an individual country, except for placing global “peer pressure” on fellow nations. Nonetheless, almost all the countries present agreed to start a global campaign against the individual.

They call it drugs…but the truth of the matter is that they declared the individual’s right to their own body a menace to the world.

I’m not saying the drug trade is innocent. Far from it. There are bad players in every single industry. Nor am I saying that people should consume drugs just because it’s legal.

But how different would the world be today if instead of banning drugs, we came together to understand them. To understand what the interaction of drugs means to the world. Throughout our history, we have been using psychedelics and other substances to propel society forward.

From the Egyptians to the Vedas, the Babylonians and the Greeks, drugs have been a part of our culture. Archaeological evidence shows that humans were taking opium and ‘magic’ mushrooms as far back as 10,000 years ago. If you subscribe to the theories of the Stoned Ape…psychedelics allowed our brains to expand and become the human, we know today.

Yet, somewhere during the late 20th century, we decided to stop using these substances and focus on industry, war and control.

Fringe thinking was considered taboo. Research into these mystical substances were thrown into the shadows. And then we were fed booze, tobacco and pharmaceuticals.

But even more disturbing to all, was that we gave our sovereignty to foreign powers. We relinquished our rights to choose and in turn…became slaves to policy.

If you believe that you have full ownership of your life…you would be an advocate for legal cannabis irrespective of potential risks. However, most people “think” they believe in “your body, your right”, but in reality bow down to federalist overlords who dictate what they can and cannot do.

This goes into direct violation of our human rights. If you don’t know you’re basic human rights [something not really taught in school], here is the first five; FULL VERSION HERE

All human beings are born free and equal in dignity and rights. They are endowed with reason and conscience and should act towards one another in a spirit of brotherhood.

Everyone is entitled to all the rights and freedoms set forth in this Declaration, without distinction of any kind, such as race, colour, sex, language, religion, political or other opinion, national or social origin, property, birth or other status. Furthermore, no distinction shall be made on the basis of the political, jurisdictional or international status of the country or territory to which a person belongs, whether it be independent, trust, non-self-governing or under any other limitation of sovereignty.

Everyone has the right to life, liberty and security of person.

No one shall be held in slavery or servitude; slavery and the slave trade shall be prohibited in all their forms.

No one shall be subjected to torture or to cruel, inhuman or degrading treatment or punishment.

If every single human on this planet has the right to life, liberty and security of person. Why can’t we exercise our freedom to consume mind-altering substances? If we do, why is it that we are arrested by foreign agents and then turned into prisoners, or as I’d like to call them, government owned property?

The entire concept of prohibiting people’s choice to consume substances that would alter their perception of their immediate reality, goes against the principles established in the Universal Declaration of Human Rights.

It’s time we stop thinking about the “negative impacts” of drug legalization, and start looking at the fact that the government holds so much power over you, that they get to decide what you may or may not put into your mind and body.

This is the elephant in the room. This is where we separate the Free from the Slave. So which one are you…Free or Slave? 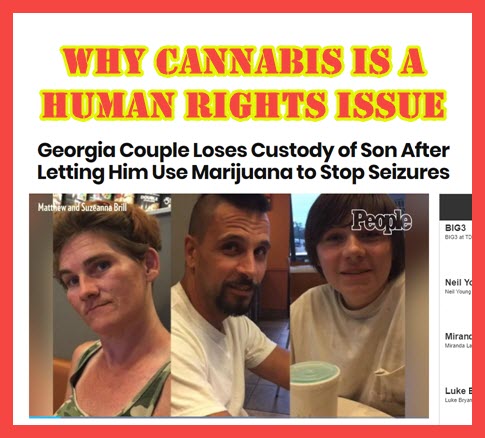 CANNABIS AS A HUMAN RIGHTS ISSUE, YOU BET, CLICK HERE. 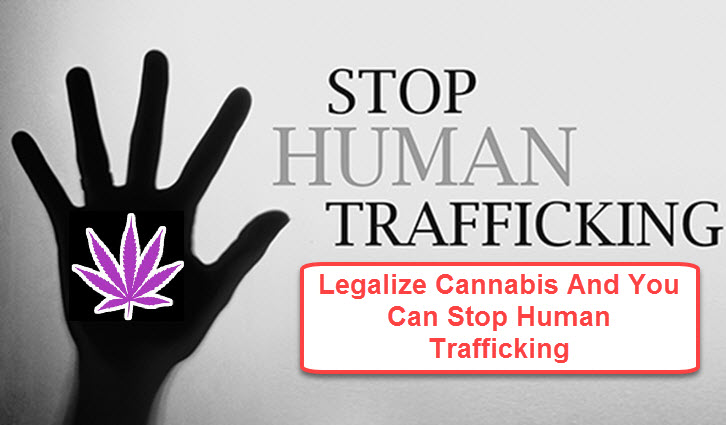