Home Marijuana News Will the Feds Shut Weedmaps Down? Feds Issue a Wide Range of Subpoenas into Weedmaps’ Businesses as Federal Probe Begins

Will the Feds Shut Weedmaps Down? Feds Issue a Wide Range of Subpoenas into Weedmaps’ Businesses as Federal Probe Begins

Will the Feds Shut Weedmaps Down? Feds Issue a Wide Range of Subpoenas into Weedmaps’ Businesses as Federal Probe Begins 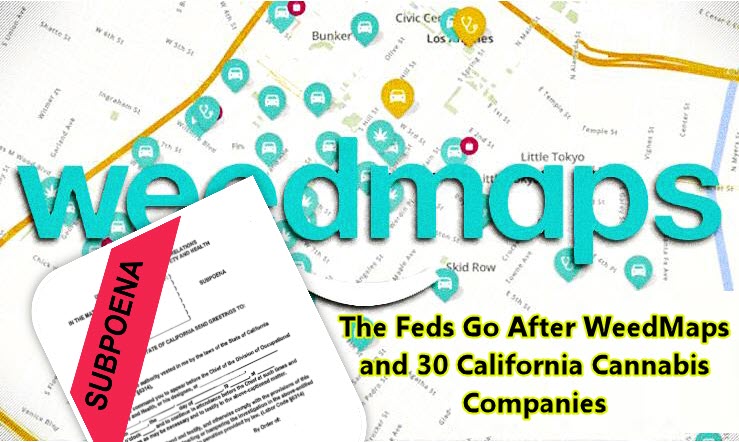 A Weedmaps IPO could be in trouble as the Feds dig into their records and bookkeeping.

Weedmaps, or the Ghost Group, took a gamble last year by not complying with the California Cannabis Asssociation’s request to remove all unlicensed businesses from their platform.  In a bold and brash move, they responded by using a common defense use by internet platforms that says a technology platform is not responsible by what is put on its’ network by users.

The California Cannabis Association then issued a warning that Weedmaps could face fines of over $ 5 billion, yes, with a “B”, if found guilty of allowing illegal advertising on their sites, since fines could be retroactive to include the past 10 years of listings. We also mentioned in our coverage of this story here, that this line of defense is very risky because state and Federal agencies often communicate with each other and in California’s case, often work in the same buildings. The state attorney general and California Cannabis Association employees could literally walk down the hall in some instance and talk to Federal prosecutors about enforcement actions against a company that is technically “aiding and abetting illegal schedule 1 drug sales”, a felony offense.   As they say in life, if you mess with the bull you might get the horns.

It appears the California Cannabis Association has had enough of Weedmaps shenanigans as the Federal government has now subpoenaed Weedmaps about their internal structure, their listings, and even their own ordering platform.  As Marketwatch first reported, the Federal government has issued a series of subpoenas for not only Weedmaps’ records but also the records of at least 30 cannabis companies that are on their map and listing system.  These records, if Weedmaps turns them over, will most likely include names, addresses, sales volume, selling item, and a whole list of things that could implicate someone or a company with selling Federally illegal drugs.

Criminal prosecutors in the U.S. attorney’s office for the Eastern District of California ordered the production of records from Ghost Management Group LLC, which owns a subsidiary called Weedmaps that provides an online directory of cannabis retailers. Weedmaps’ online services allow pot consumers to rate and compare stores, find deals and place orders for delivery.

The investigation’s focus was not immediately clear, according to several lawyers and two former federal prosecutors who reviewed the subpoena. One former U.S. attorney said the document is “thorough,” likely represents the early stages of the probe, and that an important component of the document request concerns a set of records that were related to the company’s services which facilitate buying marijuana over the internet…

Dated Sept. 19, the document appears to be an attempt to determine whether a group of companies, including Weedmaps, has complied with California state cannabis regulations, according to civil-rights lawyer Matt Kumin.

“To successfully prosecute a company under federal law, federal prosecutors must show the cannabis entity is not in compliance with California regulations,” Kumin told MarketWatch.

Federal laws prohibit the sale and possession of marijuana, but Congress has choked off Justice Department funding for pursuing marijuana cases if the targets comply with recreational- and medical-marijuana regulations passed in at least one of 34 states. For a federal criminal case to proceed, prosecutors would have to establish that a cannabis company violated state regulations.

Why is this a huge problem for Weedmaps?

Having just laid off 20% of their workforce, and IPO appear as their only real way to raise capital.  These subpoenas and Federal government investigation will eat up cash and delay that process by at least a year, now.

Two, Weedmaps does not have a California Cannabis License and could be looked at as a non-compliant state business under Federal law and California law.  There was a late push by Weedmaps to get a California license of some form out of Sacramento, which may have been in response to these subpoenas.  If the Federal and state government deem Weedmaps as non-complaint and not a cannabis business, they would lose all protection from riders in the Federal government that protect state complaint marijuana businesses.  They could be left out on an island as a tech company “aiding and abetting illegal Federal drug sales”, much like a Silk Road platform that the Federal government seized, and the founders are now serving Federal jail sentences.

They will get the cold shoulder if they go looking for help from the state of California and the Cannabis Control Commission, after their risky decision last year to not comply with the advertising edict.

Things could get dicer as well as the Weedmaps ordering platform allowed for users to order and pay for cannabis through their platform.  Google and Apple recently kicked apps like these out of the app store and required them to remove the checkout area from the app, as technically, people were buying weed through the Google Play and Apple iTunes merchant accounts if the checkout took place through the app.

Weedmaps took a gamble last year in order to collect a few more months or even years of fees for map listings’ of illegal dispensaries, that gamble does not appear to be paying off as the state of California has turned their issue and enforcement over to the Federal government now.  A Federal government that has zero tolerance or sympathy right now for cannabis and marijuana at the Federal level. 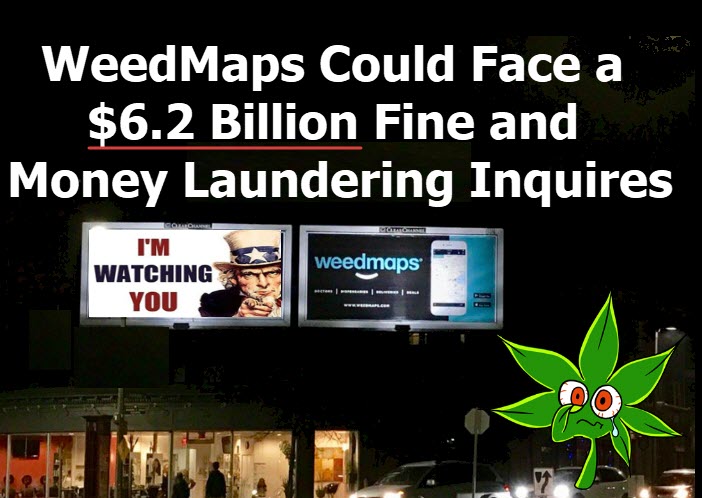 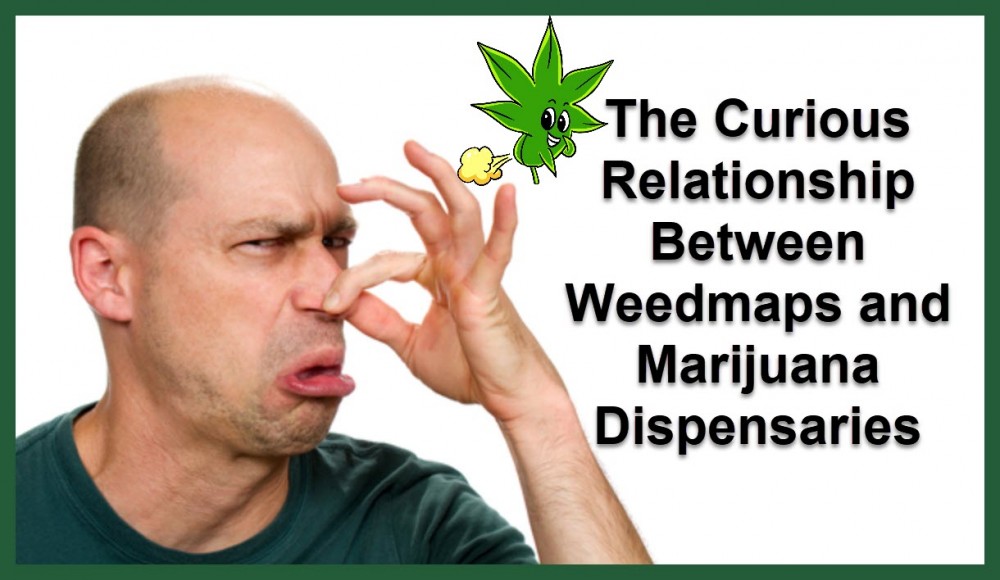 THE LOVE HATE RELATIONSHIP BETWEEN WEEMDAPS AND STORES!