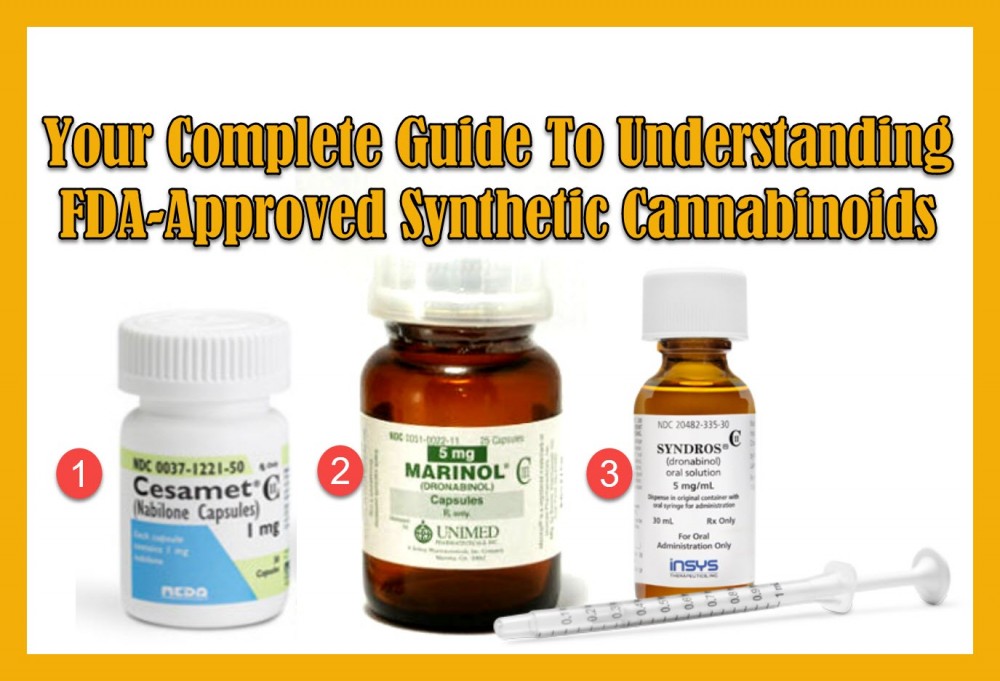 Cannabis contains healing chemical compounds known as cannabinoids. There are hundreds of cannabinoids in the plant, but because cannabis is still a federally illegal substance, we’ve barely scratched the surface in terms of what we know about cannabinoids today.

The two most well-known cannabinoids in cannabis are tetrahydrocannabinol (THC), the compound responsible for getting you high but also has medicinal benefits, and cannabidiol (CBD), the compound best known for treating anxiety and epilepsy, as well as mitigating the psychoactive effects of THC. Both THC and CBD have far-reaching medicinal applications and have been used to treat acute and life-threatening disorders.

Cannabinoids work in the human body by interacting with our internal cannabinoids, known as endocannabinoids. However, scientists (and Big Pharma) have found ways of synthesizing or manufacturing man-made versions of cannabinoids. These synthetic cannabinoids are FDA-approved, completely LEGAL, and have been used to treat a wide range of illnesses, but how do they compare to whole plant medicine?

But before we get started, don’t confuse synthetic cannabinoids with synthetic cannabis. The latter is also known on the street as K-2, Spice, Skunk, and other names. Synthetic cannabis has taken the lives of many people because it’s nothing close to the real thing: it’s made of almost 100 different toxins that are sprayed onto dried plant material. (Click here to read more about synthetic cannabis)

Marinol is a brand name for dronabinol, which is the synthetic version of THC. Marinol was developed to treat appetite loss among patients with AIDS, and chemotherapy patients suffering from nausea and vomiting. Marinol is generally prescribed only to patients who fail to respond positively to conventional medications.

Marinol is taken orally in capsule form, and it contains either 2.5, 5, or 10mg doses of dronabinol. It only contains THC that has been manufactured in a lab, and no other plant cannabinoids nor terpenes nor flavonoids.

Dronabinol is a yellowish sticky oil that is made with sesame oil. It’s water insoluble, which means that only a part of its compounds are fully metabolized by the patients’ body. The amount of dronabinol ingested by the patient is reduced even more when it reaches the liver because it treats dronabinol as a foreign constituent, and gets rid of it in the blood stream. This is why patients can only effectively metabolize just 20% at most of the dronabinol given in each capsule.

The history of Marinol dates back to 1985, when Unimed Pharmaceuticals, which is a subsidiary of Solvay Pharmaceuticals, was granted approval to develop Marinol via a fixed-dose pill originally intended to treat nausea. In 1992, it was approved for the treatment of appetite loss. Marinol was classified as a Schedule 1 drug until 1999 when it was moved to a Schedule III substance.

Marinol costs around $ 692 for 60 capsules, but in many cases patients easily spend over $ 1,000 on it. Many insurance companies cover part of all Marinol costs, while uninsured, underinsured, or low income patients may avail it at a discount or for free if they meet certain requirements.

The manufacture of Marinol uses sesame oil, and patients who are allergic to sesame oil should avoid it. There have also been some instances of patients who took Marinol and suffered from seizures, or seizure-like episodes; it should also not be taken by patients who have a history of seizures or those who are already currently taking anti-epileptic medications.

Marinol should not be used by patients who have heart problems because it can cause hypertension or hypotension, tachycardia, or syncope. Marinol is also known to be addictive, which does not make it suitable for patients who had substance abuse in the past, even if its just alcohol. Marinol should not be used by patients with psychiatric illnesses including schizophrenia, depression, or mania because the drug can make it worse.

Marinol is not suitable for the elderly because they are more prone to suffering from psychoactive or neurological effects of the drug. Additionally, Marinol should also not be used in combination with alcohol or other drugs that depress the central nervous system including barbiturates and benzodiazepines.

Marinol is not intended to make patients high, but depending on the dose and the patient, some have reported feeling some psychoactive effects. Other possible side effects from Marinol include changes in mood and behavior, drowsiness, dizziness, difficulty concentrating, confusion, anxiety, headaches, dry mouth, red eyes, lightheadedness, a tingly or warm feeling, insomnia, lack of coordination, weakness, and diarrhea among others.

Cesamet is the brand name of nabilone, a man-made drug that supposedly activates the CB1 receptor which is designed to treat nausea and vomiting. Cesamet claims to have replicated the therapeutic benefits of THC although it does not contain any cannabinoid or plant matter from cannabis. Nabilone, in raw form, resembles a white or off-white crystalline powder. Each 1mg Cesamet capsule has 1mg of nabilone as well as corn starch and povidone (polyvinylpyrrolidone) which is commonly used by Big Pharma as a synthetic polymer to suspend and disperse drugs – in other words, a filler. When patients consume nabilone orally, it is only the gastrointestinal tract that can completely absorb it.

Cesamet is prescribed as an antiemetic or is used to prevent nausea and vomiting among cancer patients undergoing chemotherapy, after they don’t find relief from using conventional medications.

Cesamet was approved by the FDA in 1985. Back then it was made by Eli Lilly and Company, who then discontinued making it in 1989. Currently, Cesamet is being manufactured by Valeant Canada LP for Meda Pharmaceuticals.

Cesamet can have serious implications on the central nervous system. Patients may experience increased heart rate, confusion, changes in mood (depression, euphoria, paranoia, panic, anxiety), hallucinations, and unusual behaviors. These side effects are more common when patients take higher doses of Cesamet. But some patients who receive lower doses of Cesamet can experience full-blown psychosis.

Cesamet may be addictive, and using it with barbiturates and alcohol can have more additive depressive effects on the central nervous system. Other possible side effects associated with Cesamet include feeling high, confusion, lack of coordination, and weakness.

The FDA approved Syndros just in 2017. Syndros is the liquid version of dronabinol, and is manufactured by DPT Lakewood LLC for the notorious Insys Therapeutics. Insys Therapeutics is a pharmaceutical company that has donated at least $ 500,000 to support anti-legalization efforts in Arizona. They are also the same company behind fentanyl, a potent opioid that has taken the lives of thousands of people.

Syndros is meant to be used the same way as Marinol: to treat appetite loss or anorexia among patients with AIDS, as well as nausea and vomiting as a side effect of chemotherapy if the patient has shown no progress with conventional medication.

Other Synthetic Cannabinoids In The Pipeline

GW Pharmaceuticals is still in testing phases for Epidiolex, a synthetic-CBD-based medication. GW Pharmaceuticals describes it as “a liquid formulation of pure plant-derived Cannabidiol (CBD) as a treatment for various orphan pediatric epilepsy syndromes.” Epidiolex is being developed to treat rare forms of epilepsy (Lennox-Gastaut syndrome, Dravet syndrome, Tuberous Sclerosis Complex, Infantile Spasms), and will be used as a mouth spray for children. Currently, the FDA still hasn’t approved Epidiolex nor has any other regulatory agency.

GW Pharmaceuticals is also responsible for creating Sativex, which is “an oromucosal spray of a formulated extract of the Cannabis sativa plant that contains the principal cannabinoids THC and CBD as well as specific minor cannabinoids and other non-cannabinoid components.” Sativex is an oral spray that is designed to treat muscle spasticity caused by muscle sclerosis. GW Pharmaceuticals has received the green light to distribute it in 30 countries outside the United States so far, including countries in Europe, Australia, Canada, Brazil, New Zealand, UAE, and Kuwait. It also received approval in Israel for treating pain and chronic cancer pain.

While these pharmaceutical medications may help a small fraction of people, they are still being widely debated because of the severe side effects that may arise. Its efficacy is also in question. There is no doubt that using the original botanical form of cannabis has much more therapeutic effects without any side effects. Even if we are talking about children, who are better off without using THC because it can get them high, there are so many powerful medicinal CBD products that can treat rare pediatric illnesses and save a child’s life. Additionally, the synthetic forms of cannabinoids don’t have the same benefits as the real thing because it lacks the entourage effect.

So what do you think – synthetic cannabinoids or the real thing? 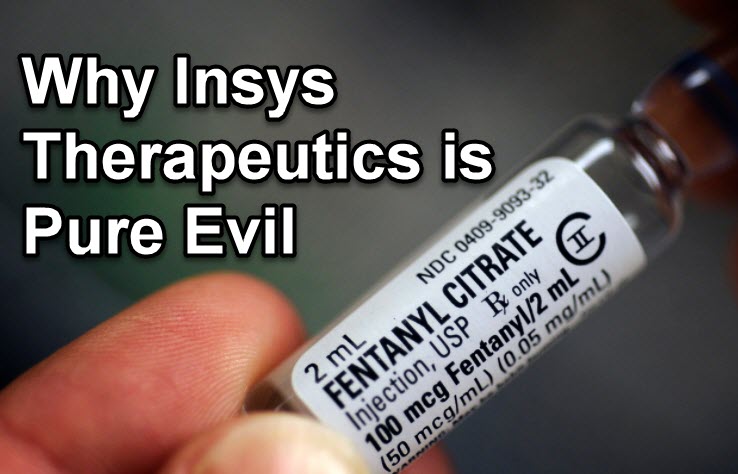